Roughly translated: The current will carry away the shrimp that falls asleep.

This means that you have to pay attention to not miss out on a good opportunity.

This article will show you Mexican tech entrepreneurs and startups that didn’t fall asleep in the current political and economic distress. Instead, they chose the path of most resistance by venturing into the shark-infested waters of tech, VCs, and entrepreneurship.

You could fill a book with famous Mexican entrepreneurs and pioneers. We chose from a shortlist of a few dozen who highlight the disruptive nature of the millennial generation and a vision of a better Mexico.

What’s interesting to note about Mexico is that despite the proximity to the US and decades of economic cooperation, the first Mexican unicorn appeared in 2020 (of all years). It happened to be a used car marketplace founded by Carlos Garcia Ottati. Leading up to the creation of Kavak in 2016, he was Chief Marketplace Officer at Linio Group, a major player in the LatAm e-commerce market. Carlos has been awarded the “Entrepreneur of the Year” award by Expansión magazine and has plans to expand Kavak’s market reach in LatAm.

The automotive industry has always been a major industry in Mexico. Interestingly though, the used car market was mostly unserved before Kavak came on the scene. And what makes Kavak extra special is that they’re technically a fintech used car marketplace because they also provide financing.

Adolfo is an MIT graduate and former PayPal Product Marketing & Engagement Manager for LatAm. His education includes multiple degrees in a mix of management, economics, marketing, and finance. He co-founded Clip in 2012, and his startup is currently one of the leading PayTech startups in Mexico.

Clip is the terminal that allows businesses to easily accept all electronic payment methods through an app or POS terminal. In 2019, Clip raised a stunning Series C of $100M. Adolfo and Clip made our list because Clip was the first in Mexico to include a chip reader, a proprietary design that’s highly secure.

Pablo came to FinTech with a background in design. He got a Bachelor’s from Emily Carr University of Art and Design. He was Class Valedictorian, which shows his level of dedication and talent. After a series of motion, animation, and creative design roles, Pablo co-founded Bitso in 2013. Bitso is Mexico’s first Bitcoin exchange, and at one point in time, the exchange handled 50% of the trading volume for the Mexican Peso/Bitcoin pair.

In 2021, Bitso became Mexico’s first Bitcoin unicorn after raising a $250M Series C. As of this writing, the company has more than 95% of the crypto market share in Mexico and a majority share in Argentina.

A graduate of the famous private university, Tecnológico de Monterrey, with a degree in Industrial and Systems Engineering. Ricardo worked in various roles in companies like 3M, PwC, JPMorgan, and HSBC until 2015, when he joined Cabify, a Spanish ridesharing company. He rose from CEO Mexico & Global Head of Growth to President of the entire company and eventually left in June 2019 to start Jüsto.

Jüsto is an online supermarket based in Mexico City that was supercharged by COVID in 2020, raising an impressive $65M Series A in Q1 2021. Jüsto means “fair” in Spanish, which stems from the fact that the startup supports local suppliers and uses AI to reduce food waste.

Daniel has a background in Economics and Investment Banking. Before co-founding Klar in 2019, Daniel worked in Alta Growth Capital, a private equity fund that invests in middle-market companies in Mexico and beyond.

Klar appeared on the scene to fill a giant void in the consumer banking experience. Since most Mexicans have smartphones but find it difficult to receive financial services, Klar makes it easy to get credit, receive and transfer money, all through a simple mobile app. The neo-bank is poised to challenge traditional banking in Mexico and Brazil, and perhaps other countries.

A big thing going for Mexico is the proximity to the US. For example, the USMCA (NAFTA 2.0) made changes to IP rights protections for designs, trademarks, copyrights, and patents. In essence, the USMCA benefits tech companies by aligning Canadian and Mexican IP laws with US standards for protecting designs, trademarks, copyrights, and patents. USMCA also ensures data protection, streamlines digital transactions, and applies consumer protection to the digital marketplace.

The three key tech cities in Mexico are Mexico City, Monterrey, and Guadalajara. Thanks to an influx of funding and investor interest, Mexican entrepreneurs can stay within Mexico and expand and scale without having to relocate headquarters.

Why Invest in Mexico?

Mexico’s startup scene is booming. Fernando Lelo de Larrea, co-founder of ALLVP — one of the leading VC funds based in Mexico City, gave an interview about Mexico, LatAm, and international interest. He noted that 2020 brought challenges and opportunities. 2020 was the year everyone finally did that thing they’ve wanted to do — for some, it was losing weight, and for others, it was launching a project.

5 Reasons to Hire a Remote Engineering Team In Mexico

Fernando said, “Funds are competing with each other, particularly in terms of the returns they offer to raise more capital from their stakeholders. Diversification into emerging markets helps them to offer different return rates compared to their peers. Emerging markets such as India, China and Southeast Asia are saturated and Latin America is now perceived as the most attractive space for diversification among leading funds.”

At the same time, Fernando was quick to dispel any misconceptions about nationalism. His view is that the end customer has to want and use the product. Period. It’s not about being Mexican. It’s about creating something of value.

5 Qs to Ask Yourself Before Hiring in Latin America (Legal, Costs, Culture etc.)

Examples of Companies Started in Mexico

As we’ve mentioned, Mexico (and LatAm, in general) are very much into Fintech. This is great news for the region and great news for companies looking to hire talented software engineers with experience in Fintech.

Mexico’s first cryptocurrency exchange that allows people to buy and sell Bitcoin and other crypto.

Canasta Rosa is a marketplace for DIY and handmade products from LatAm.

Clip is a Mexican Fintech that makes it easy for anyone to get credit and make payments.

Conekta is a cash and card payment service for businesses.

A lending platform for small businesses.

Fondeadora Is A Mexican Fintech Focused On Providing
Mobile Banking Services And Free International Debit Cards
Through A Partnership With Mastercard.

Kavak Is A Mexican Online Marketplace For Used Cars.

Klar Is A Mexican Fintech Focused On Personal Finance
Management And Short-term Lending.

Kueski Is An Online Micro-lender For The Middle Class Of
Mexico.

Minu Is A Mexican Fintech Providing Employees With Access
To Their Earned Wages Without Having To Wait For Payroll.

Zubale Is A Mexican Crowdsourcing Platform For Performing
Retail Inventory Management For Brands.

Mexico used to be discounted in the world of tech as a purely outsourcing market. But things are changing, and they’re changing fast. Today, Mexico is second only to Brazil in LatAm when it comes to many startups and investments.

Not only are Mexican-born entrepreneurs leading the charge, but other countries are taking notice, especially the US. We know that many US tech companies are sourcing talent from Mexico and using the country to expand their existing teams from our research.

It’s not hard to make the prediction that we’ll see growth in Mexico and LatAm, and we’ll definitely be seeing more unicorns in the years to come. 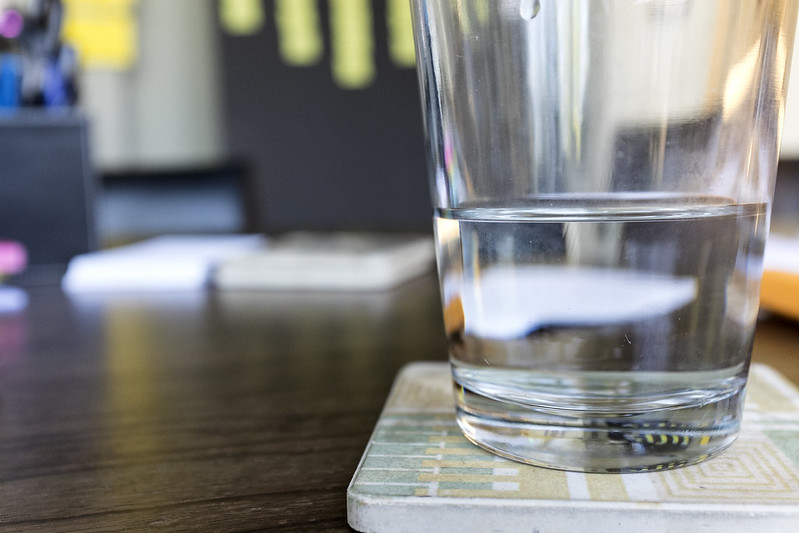